Wearing a £2.50 pencil skirt from Primark and a borrowed white blouse she arrived for a life-changing job interview at a prestigious firm of international solicitors.

The other contenders for the post were men in sharp suits and power dressed women.

The bosses at Addleshaw Goddard law firm in Manchester city centre St Peter’s Square saw something in her.

But they were not aware of her heart-breaking past.

Before summoning up the courage to respond to an advert for an apprenticeship at the company she survived a life submerged in turmoil and despair.

She fled an arranged wedding, lived on the streets, was suicidal and spent years in refuges and hostels.

But all the time she nurtured a burning desire to be a lawyer.

That dream has come true. But her rags to riches life has taken another twist. 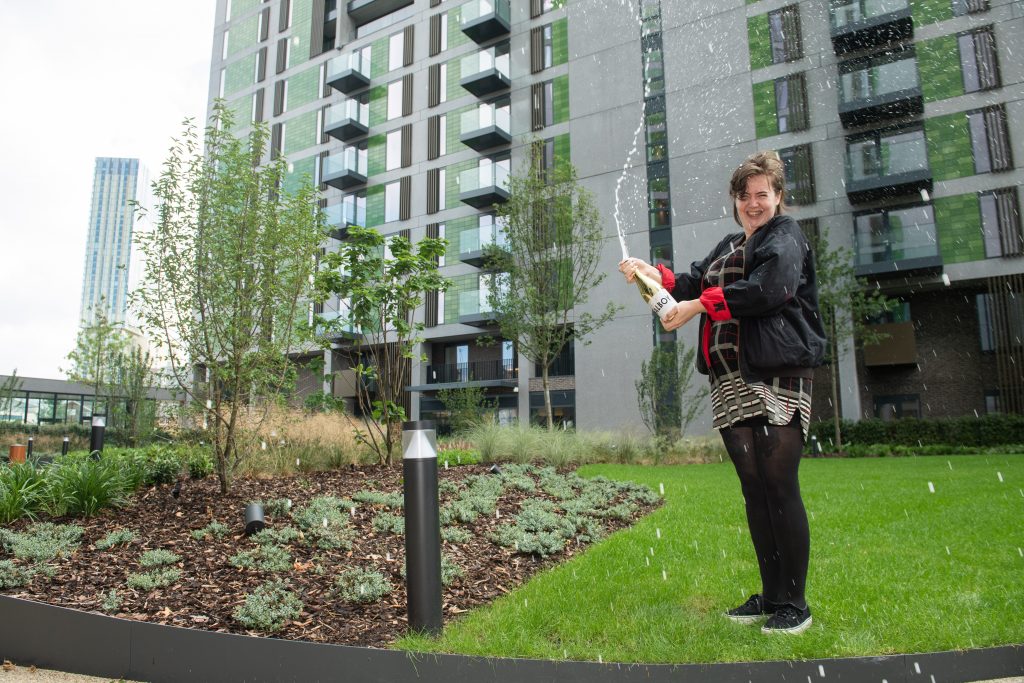 Kat, 25, has climbed right to the top of the property ladder by winning a £150,000 brand new luxury apartment.

She will swap her rented semi in Burnage for a ground floor flat at Salboy’s £80m Blackfriars development in Manchester city centre where amenities include a fully-equipped gym, sumptuous cinema, and community laundrette.

The competition was run by property developer Salboy, part of bookie Fred Done’s empire. The aim was to find a winner who was passionate about the community.

Kat was chosen from 300 people who entered. She got a surprise phone call from Fred who broke the news, and wept tears of joy.

Kat said: “When he called, it was in my mind that he wanted me to make a further presentation to them after getting to the last five. When he said ‘you have won’ it was literally my entire life changing in a split second. I will be moving in as soon as I can – with just a sleeping bag if need be.” 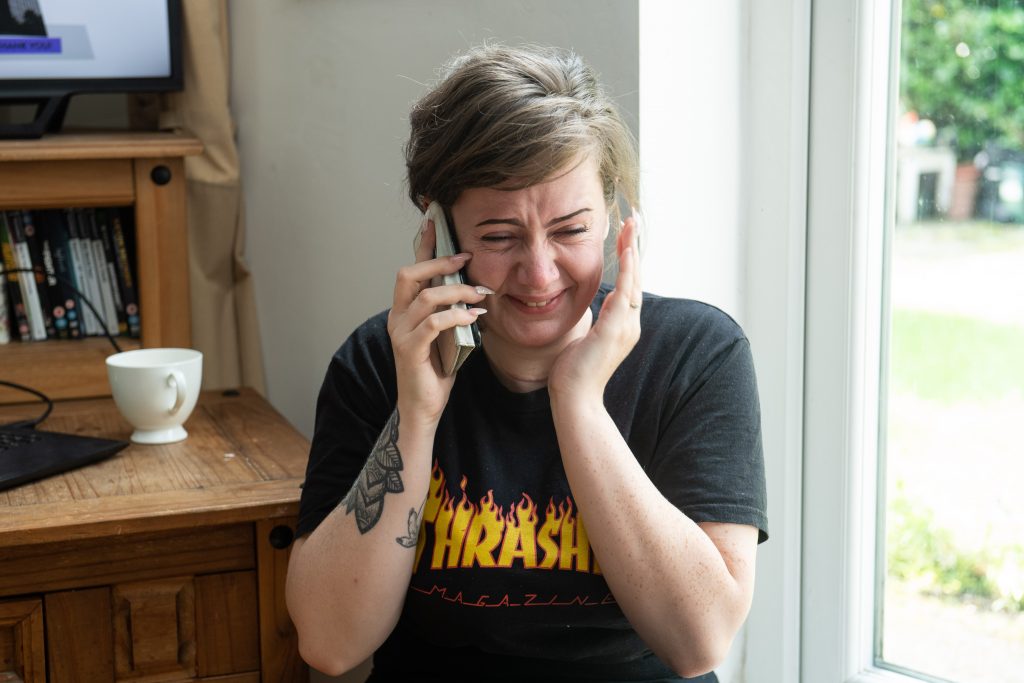 Today (August 5) her life will take a further dramatic turn for the better when she marries partner, Zak Billingham.

He proposed on Christmas day two years ago explaining: “Christmas was always so sad for Kat for it was when she started sleeping rough for the first time when she was a teenager. I wanted her to remember this time for happier reasons. I just can’t believe our luck has changed so much in a couple of days…we’re buzzing.”

About the surprise call from Fred, Kat said: “When he told me the news I felt like there should be a Hallelujah chorus in the background I am so ecstatic. It is amazing timing as we are getting married on Monday at Manchester Registry Office. I have had so much bad luck in my life and then this happens. I can’t believe it.”

She now intends to use her new location in the city centre help those who are homeless.

“I work in wonderful offices but outside people are homeless. It is up to us to cause change.”

Kat has launched a campaign to help homeless people in Manchester city centre. She is setting up a charter for city centre businesses to join to pledge support for those on the streets.

She is persuading supermarkets to give 50 per cent of their waste food to the homeless, and is planning to set up a drop in centre providing help and advice.

“I am in a unique position. I have experienced the rawness of homelessness and now can help.

“When I was born my parents could not cope with having children as my dad had a drug addiction problem and my mum had issues of her own. So my grandmother brought me up.

“My grandmother was from the travelling community and when I was just 16 they wanted me to marry a man who I had never met who was 13 years older than me.”

Academically she was thriving, amazingly considering the turmoil of her life passing her A-levels in law, Spanish, English Language, psychology, theatre studies, and art.

But the pressure of conforming to the traditions of her background was simmering.
“At 17 I ran away from home. I was ten minutes late returning from college and had a row. I went into town and met friends, and realised I could never go home. That was the first night I slept rough in a park.”

She got help from a charity who put her in a bedsit. “I had to try and cope and was still going to college. One day my tutor asked me where my homework was and I just broke down crying, and ran out of the class. I didn’t have my work because I didn’t have anything.

“The head of the college took me to Sainsbury’s and bought me a duvet and some groceries. I spent two weeks in the bedsit over Christmas then went to the council. They put me in a bed and breakfast place but there were three people sharing one room and the other two were heroin addicts.

“I left the place and slept rough again over the Christmas of 2011. It was horrible. I just walked around the park, scared I was going to get battered, and stayed awake all night, and slept in the day when I felt safer. It was freezing.

“I had nothing to eat and got water from public toilets. I did that for six days.”

She was eventually placed in another bedsit by the council in her home town on Teeside but was suffering with depression. 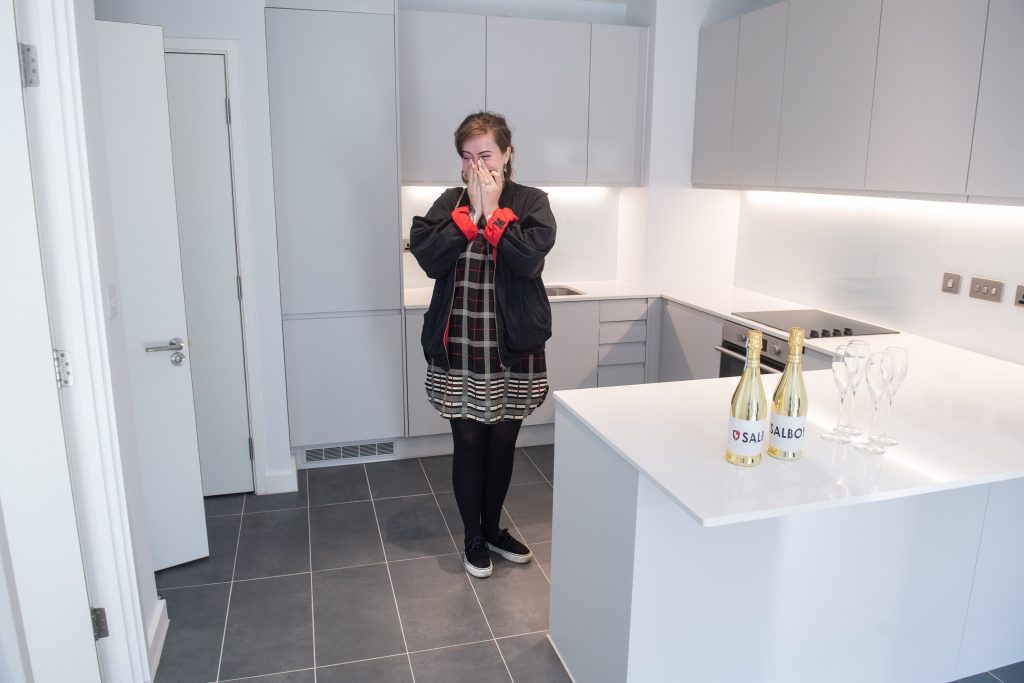 Four times she tried to take her own life by taking an overdose, slashing her wrists, and using a ligature.

She ended up in a half way house with ex prisoners which was rife with drug abuse and theft.

Kat was moved again to a YMCA homeless shelter also in the north east where she lived for nine months.

“I got in with the wrong crowd and felt my life was going nowhere. I had six A levels and kept thinking I could do more with my life. I didn’t want to die and I knew that I wanted to be a lawyer.

“It was around this time that I found out my mother had died. The YMCA place was needed by someone else and I knew I was going to be made homeless again.”

She had help from the children’s charity Barnardos and was eventually placed in a women’s refuge 35 miles away.

But she was dangerously vulnerable due to some of the people she was associating with.”My life was still in a downward spiral. The police Barnardos and the council eventually said that it would be best if I moved to another city. I ended up in Manchester Women’s Aid Refuge.”

She lived in the refuge for nine months in 2015. “All the women there were victims of domestic violence and forced marriages. I was very lonely and knew no one.

Kat then managed to get a job as a mental health support worker in Trafford. She lived in a spare room in Stretford

She and her boyfriend, Zak Billingham, a trainee engineer with Metrolink currently live Avon Road, Burnage paying £550 a month rent.

“When I went for the interview last year at the law firm I borrowed a blouse from Zak’s mum and bought a £2.50 skirt from Primark. That is all I could afford.

“I didn’t tell them about my background. I didn’t them to give me a job because they felt sorry for me.”

Kat, who has changed her name by deed poll as part of her determination to escape her past, is now a para legal and is on a seven year training course to become a real estate lawyer.

“I love my job, and I think it is important that there is diversity in the law as it can be quite middle class. The company has been very supportive.”

He said: “We have a lot of interest from people in this competition. The entries were excellent and it was refreshing to see how especially young people wanted to help their community. Kat’s story is incredible. She has bounced back from adversity. I am absolutely delighted to be a in a position to help her create a better life, not just for herself, but for homeless people too.”