Why Manchester Is Booming

Aided by a rising population and strong economy, a dramatic boom has hit the city of Manchester, resulting in extensive growth in construction, development and regeneration across the city. Now a truly international city, Manchester boasts new developments and investment around every corner, including new high rises of Manchester apartments and office space. 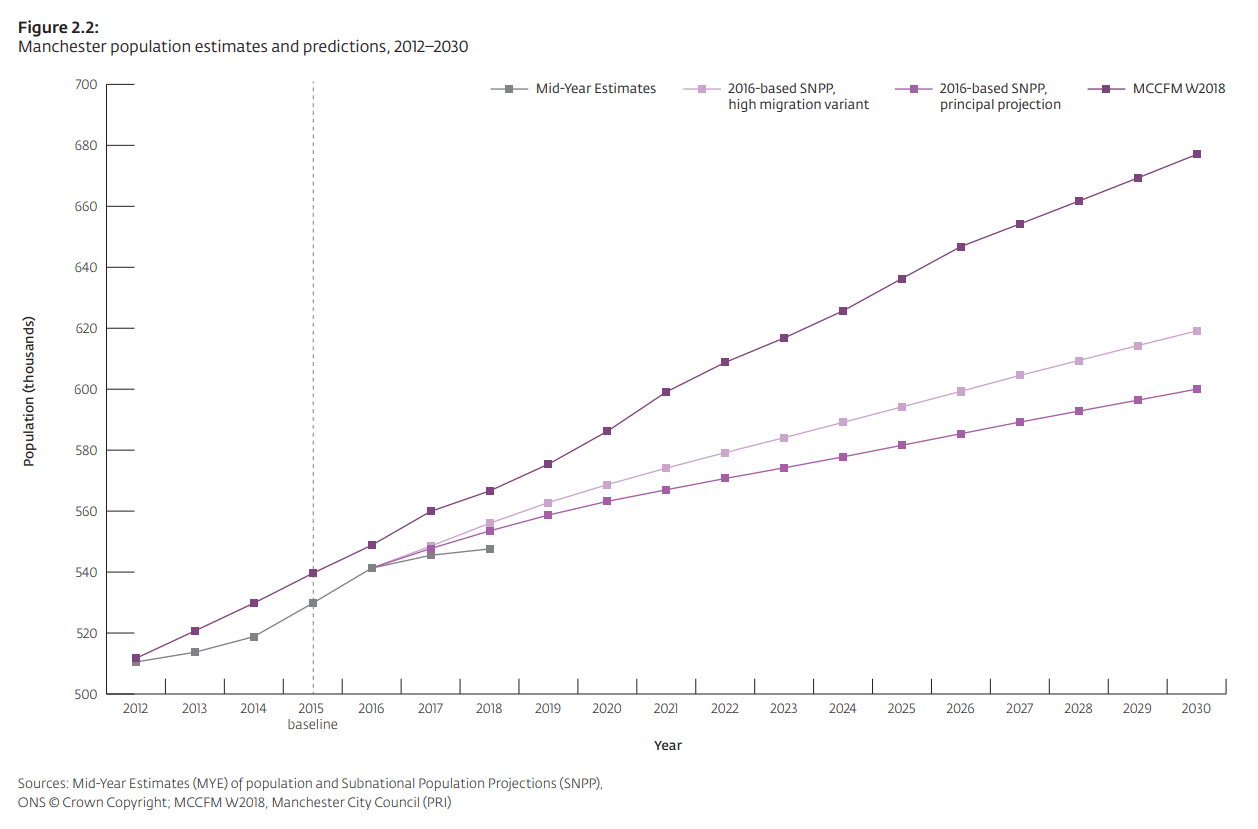 In recent years, Manchester has seen the greatest percentage population growth outside of London, and the North Western city has one of the highest student retention rates in the UK. Students and graduates from universities in Manchester are driving residential demand, especially for Manchester apartments in city centre locations. Manchester’s economy is another area that has seen a lot of recent growth, and this is expected to continue in the coming years. With an average annual gross value added (GVA) of 5.7%, as recorded by the Centre for Economics and Business Research, the city’s thriving economy far outstrips the wider UK (1.7%) and the EU (1.2% to 1.4%).

Both the rate of growth in existing businesses and the rate of business formation in Manchester surpass national trends, mainly because of the tech sector. Furthermore, Bisnow believes official data on the city’s economic growth lags behind its true growth rate, meaning the numbers could be even higher. In 2018, construction output across the North West region of England was 10 times the national average, according to data from the Office for National Statistics. The region is even one of the busiest across Europe, and Manchester is a big part of that. From cranes and construction site hoardings to roadworks, Manchester is continuing to see more new developments to keep up with the growing demand.

Deloitte’s crane survey revealed 14,480 residential units were under construction in 2018 throughout the city, which is more than double compared to two years prior. With more Manchester apartments on the way, Deloitte projects the level of delivery on residential projects throughout the next three years to exceed the previous 10 years combined.

Manchester even boasts more skyscraper developments than any city in North America besides Toronto. Last summer, the city’s tower crane count hit a record of 64. The skyline is becoming dominated by new skyscrapers and high rises full of Manchester apartments and office space.

Across the city, regeneration projects are breathing new life into different areas of the city. The Salford Quays is an area that has been fully transformed in the past 10 years. It’s home to BBC and ITV at MediaCityUK, and more people are working at the Quays now than when it was a major sea port.

With more and more job opportunities being created throughout the city, Manchester City Council has set itself a goal of delivering 32,000 homes across a variety of neighbourhoods in the city by 2025, as well as attracting investment to bring forward further economic growth.

Investors from around the world are driving investment levels in the city’s residential and commercial property markets. Many are attracted to the city because of its strong growth projections. 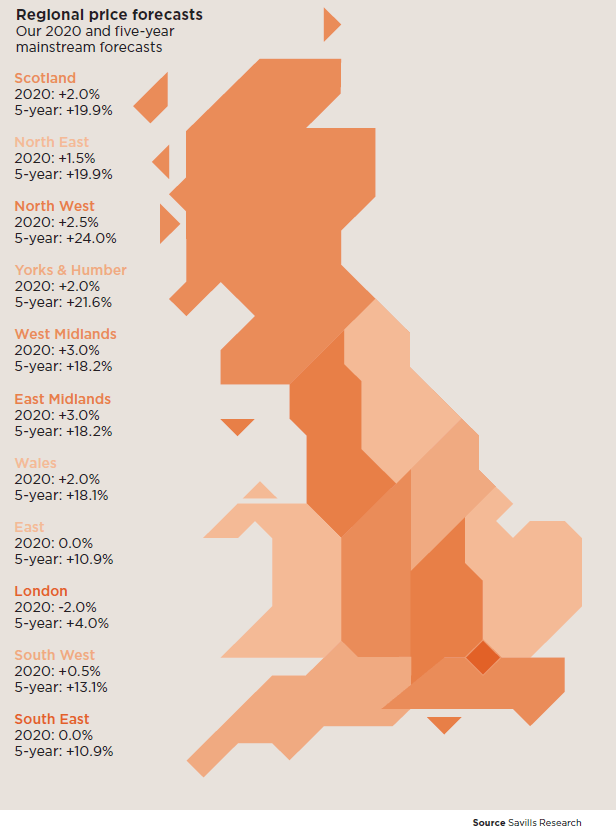 In a new report, Savills forecasts the North West to see mainstream property prices rise by 24% across the next five years. This is expected to be the largest growth across the UK with the national average house price predicted to increase by 15%. Savills also forecasts there to be short-term growth in the North West with property prices anticipated to rise by 2.5% in 2020.

The North of England and the Midlands are expected to continue outperforming London and the South. Savills, and many others, predict there will be a continuation of the trends historically seen during the second half of a housing market cycle. This makes it an especially exciting time to buy a property and invest in Manchester.

As more people want to live and work in Manchester, population growth will continue to put a strain on supply levels within the property market. This opens up the need for more high-quality Manchester apartments and further development in the city centre to keep up with demand from owner-occupiers, tenants and investors.