2020 is expected to be an interesting year for the property market. As the impact of Brexit becomes clearer, confidence is likely to return to both the economy and property market. Wage growth is also forecast to improve, which often boosts demand in the housing market.

London has traditionally been the top property investment hotspot in the UK; however, Brexit has been predicted to impact the south and capital the most. Regional cities, especially in the North of England, are forecast to lead the way during 2020. As the North is home to lower entry prices, steady population growth, and property price increases due to increasing demand, the North is set for an exciting year ahead.

We looked at a wide range of data and research and used our own extensive knowledge and experience in the property market to reveal our top 5 property hotspots for 2020. 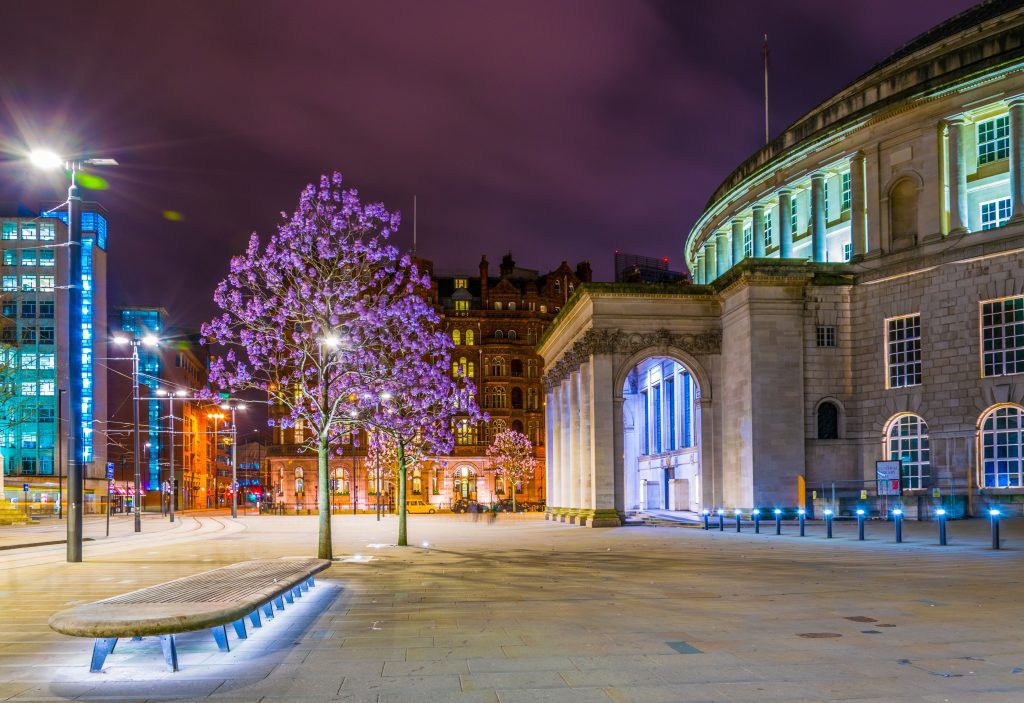 With a booming property market, Manchester has seen a lot of growth in the past few years, and that’s expected to continue throughout 2020. With a strong economy, rising population and extensive development and regeneration across the city, Manchester is forecast to remain a top city for both homebuyers, renters, and property investors.

Zoopla Cities House Price Index also revealed Manchester is home to the second strongest house price increases in the UK with prices having risen by 4.6% from October 2018 to October 2019. Additionally, the North West of England as a whole is forecast to see property prices rise by 2.5% in 2020 and 24% across the next five years, according to the Residential Property Forecasts by Savills.

The ongoing exodus to Manchester through company relocation, search of employment and our 1st rate higher education has provided the current stimulus and growth to the city.   With the last 3 years of Brexit uncertainty over, confidence can only rise higher and push Manchester into an even stronger position, both as the primary city of the Northern Powerhouse and a positive representation of what the UK has to offer as an independent country.

The population of Manchester is expected to surpass 635,000 by 2025 with an additional 100,000 people expected to be living in the city centre, according to the State of the City report by Manchester City Council. This shows the city is likely to see even more people move to the thriving city. With one of the highest student retention rates in the UK, demand in the property market is expected to continue to increase.

In the middle of an urban living renaissance, Manchester has seen the delivery of numerous high-rise apartment blocks full of high-quality properties across the city centre. An emphasis is being put on luxury amenities, and more of these types of properties are expected to be built during 2020 to keep up with the ever growing demand throughout Manchester’s city centre.

In times of great socio-political changes, Manchester’s continuing efforts to lead the way towards a stronger level of accessibility and offering of properties are showing signs of continuing. The population boost in the next half a decade will serve as the main catalyst for growth and development. The stimulus created by this together with job creation and a bigger and stronger cultural offering will make Manchester remain at the epicentre of everyone’s desire to live in an all-together top desirable destination. 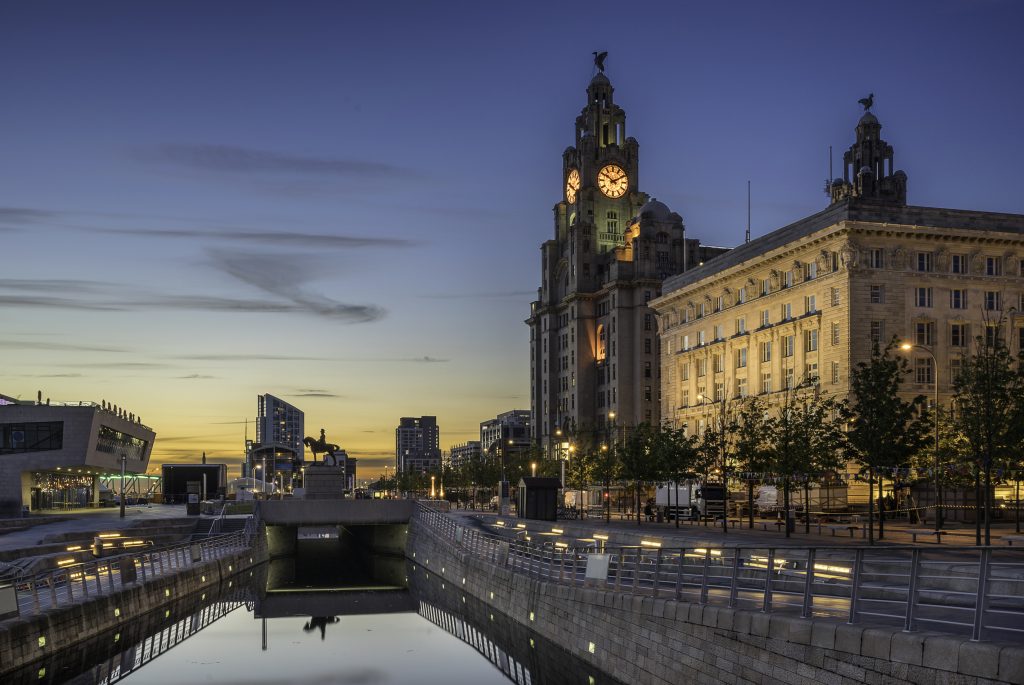 Regeneration in Liverpool is having a substantial impact on the city’s property market. Almost £14bn worth of regeneration projects across the city are in progress or in the pipeline, according to Liverpool City Council’s Local Plan. This is expected to bring significant growth to the city as more people are moving to the city for employment opportunities.

With the council’s goal of creating 35,000 new homes and as the Spatial Regeneration Framework for the Commercial Business District is set to deliver up to 2m sq ft of commercial space over the next 15 years, Liverpool is set for a significant amount of investment and regeneration.

The £5.5bn redevelopment and regeneration of the waterfront will also completely transform this iconic area of Liverpool. The project will bring forward new commercial and residential spaces, bringing even more growth to the city.

Houses prices in Liverpool have risen by 4.1% from October 2018 to the same month in 2019, according to Zoopla. In many areas of Liverpool, property prices still haven’t recovered to 2008 levels, making it an affordable area to buy property in whether you’re stepping onto the property ladder for the first time or investing in a buy-to-let property. 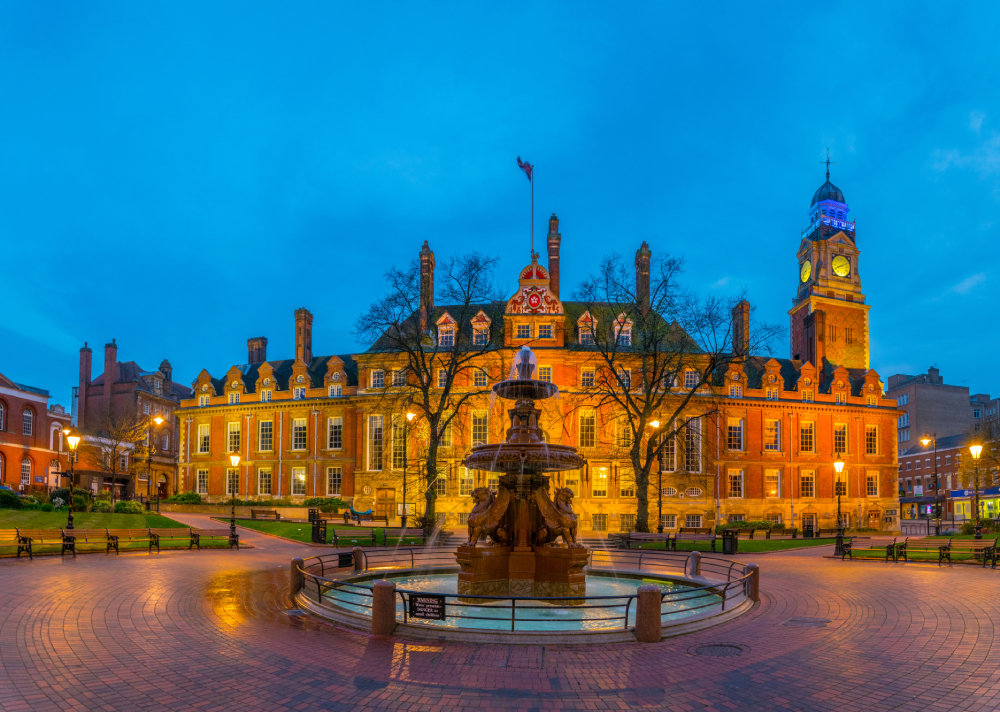 Another region seeing a lot of growth within the property sphere is the Midlands. And Leicester even boasts the strongest house price growth in the UK from October 2018 to October 2019 with 4.7%, according to Zoopla Cities House Price Index. East Midlands as a whole is projected by Savills to see property prices rise by 3% in 2020.

Supply is not currently keeping up with demand in Leicester’s property market, leaving room for growth in the property market throughout the coming years. And the city is also slated for regeneration, especially with the £250m Leicester Waterside project, which will bring further growth to this thriving city.

As the UK’s eighth biggest city, Leicester has one of the top 10 UK economies, according to PwC’s Good Growth Index. Low unemployment rates and a city that’s improving its liveability are making it an exciting city to live, work and invest in, especially if you’re looking for a city that’s not as large as the other top property hotspots. 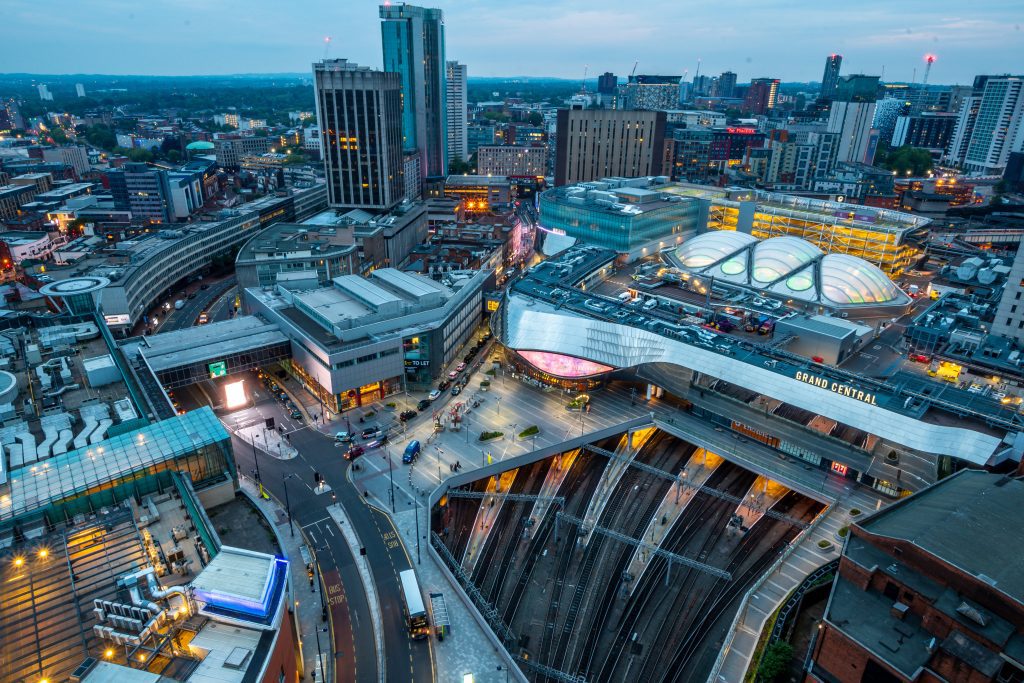 As the powerhouse of the Midlands, Birmingham is rapidly growing in population. It’s thought that the city will need nearly 100,000 homes over the next 10 years to keep up with demand. This is one of the top reasons it’s forecast to be a property hotspot in 2020.

Additionally, it’s an exciting time for the city as Birmingham is hosting the Commonwealth Games 2020, which is bringing further growth and investment. The athlete’s village started being constructed in 2019, and more infrastructure and development are expected to come forward during this next year.

Birmingham’s office market is seeing an extensive amount of growth, and many of the offices coming forward are fit for modern times. Co-working spaces with a variety of amenities are leading office space take-up. And as more job opportunities come to Birmingham, more young professionals will continue to be attracted to this city, in addition to new businesses.

With numerous transport upgrades on the way, including HS2, Birmingham will become one of the most well-connected cities in the UK. This will further boost the city’s thriving property market as more and more people leave the capital for cities in the Midlands and North. 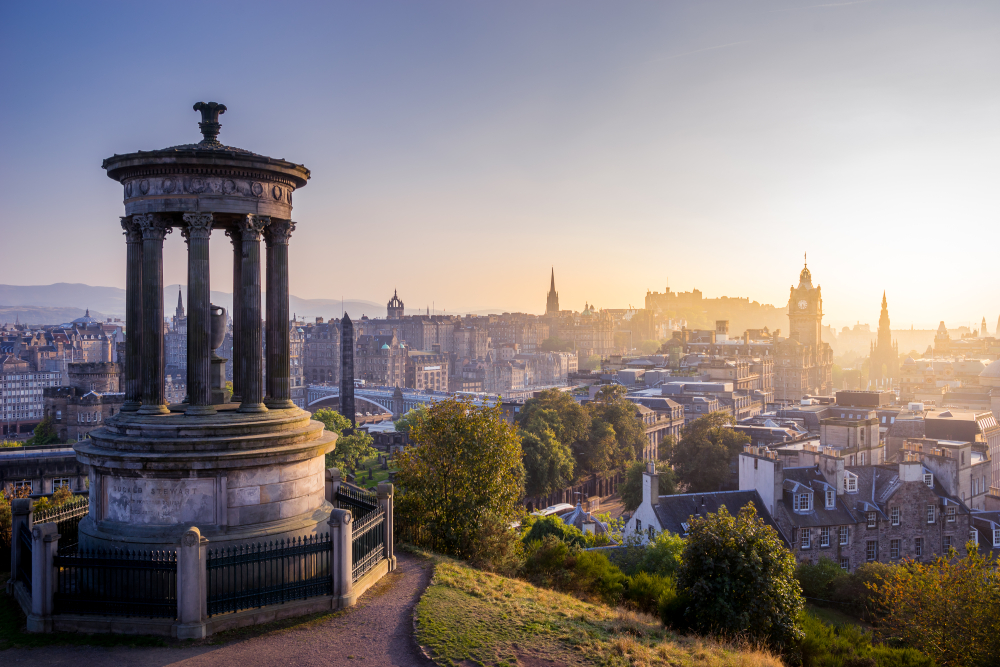 Over 12 months from October 2018, Edinburgh saw a 4% increase in property prices, and Scotland as a whole is forecast to see average prices rise by 2% in 2020 and 19.9% over the next five years. Edinburgh is also home to the fastest moving property market in the UK.

Research by Zoopla revealed homes listed for sale in the city take an average of 22 days to go under offer, which is a whopping 25 days faster than the 47-day average for Britain as a whole. This shows how much demand there is to buy a property in Edinburgh.

As Edinburgh has become a global tech hub, a large number of tech businesses and professionals are coming to this Scottish city. A new 150-acre site is opening at the Edinburgh Airport that’ll become home to numerous tech start-ups, while creating over 3,000 jobs. A 10-year programme, the Data Driven Innovation Initiative, will also further help drive a data revolution to Edinburgh, bringing more professionals to the city.

Edinburgh has seen a large increase in population, mainly from migration abroad. And the city’s top universities will continue to bring more people to the city and further helps make Edinburgh a top property hotspot. 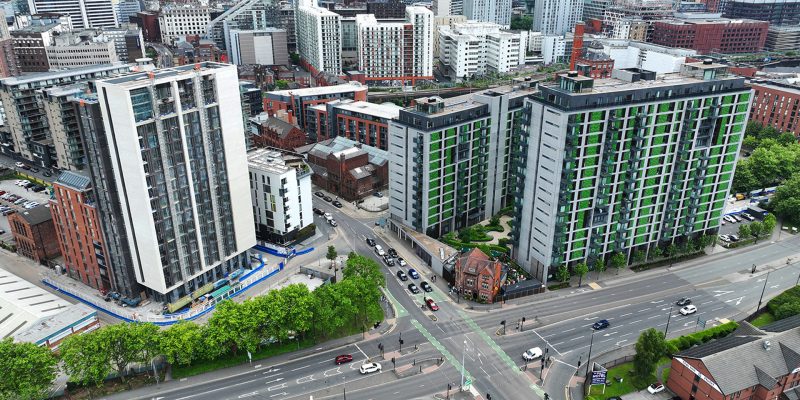 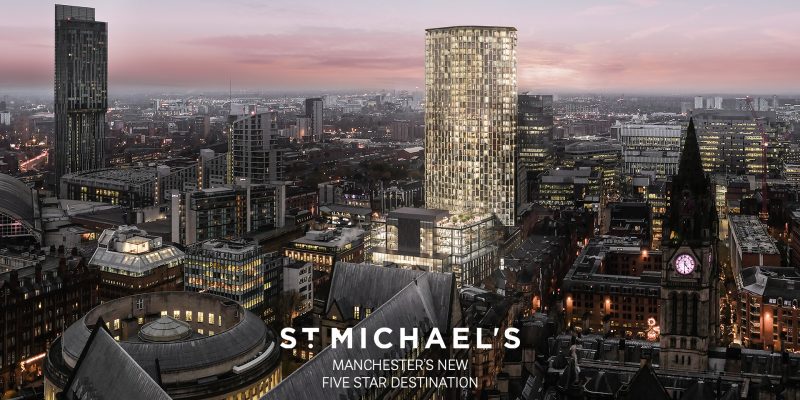 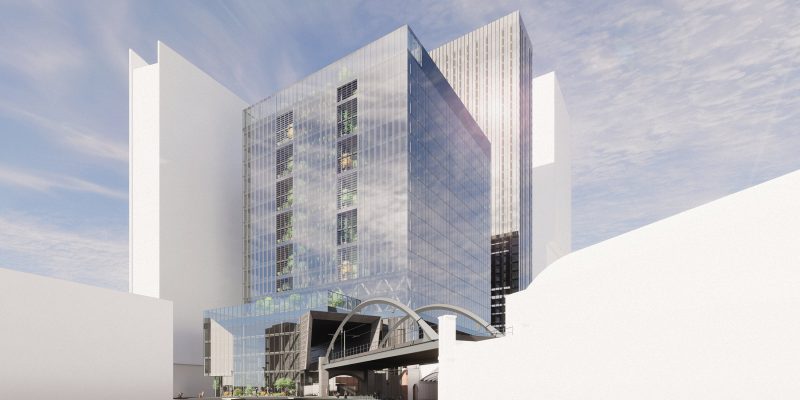