Manctopia – Is the property boom good for Manchester?

Manchester is seeing a billion pound property boom and is one of the busiest areas for construction and development outputs across Europe. As the city is becoming a cosmopolitan epicentre, has further situated itself as a world-class city and is gaining attention from across the globe.

The skyline of Manchester is being transformed as more high rises full of apartments and office space come to the city. With impressive levels of construction, development and investment coming to the Northern Powerhouse, Manchester keeps building up. And what does this mean for the residents of Manchester?

Benefits of the Manchester property boom

The property boom hitting Manchester is impacting the people who live there, and there are many benefits coming out of the building and redevelopment seen in Manchester This includes regeneration in disused parts of the city and developments meeting a strong demand and undersupply. The Manchester property boom has also resulted in a thriving economy and a significant increase in local employment opportunities.

Manchester’s city centre has seen a significant amount of regeneration, especially in areas like Deansgate and NOMA. As the majority of the developments in these neighbourhoods have been on brownfield sites, developments are being brought forward on disused sites in areas where people haven’t been living previously.

Regeneration projects are breathing new life into different areas of Manchester that have sat unused. Additionally, these developments are bringing amenities to the city, making Manchester as a whole even more liveable. Even more regeneration is slated for the coming years, bringing additional housing, amenities and investment.

The construction boom of Manchester has been led by the residential sector. There has been a strong demand for housing across Manchester, and demand is continuing to outweigh supply with more property development still needed in the city and surrounding area. The property boom hitting the city is bringing forward property developments and housing to keep up with the ever-growing demand.

Additionally, Manchester has a vast student population at the city’s four world-renowned universities. Home to one of the highest retention rates in the UK for students and graduates, there is a strong need for more student housing in Manchester as well.

The property boom is creating local jobs in the construction sector, which has become a strong part of the local economy. Additionally, as Manchester is being seen as an emerging international city and the UK’s second city, more businesses are starting to move and open their doors in Manchester.

As the city has become attractive for businesses and startups, Manchester was even recently ranked the world’s ninth global emerging startup hotspot. The city has also become a hub for the tech industry as Manchester was recently named the fastest-growing city in Europe for tech, helping illustrate the range of employment opportunities available in Manchester.

Manchester is the centre of the economic Northern Powerhouse and has become the natural choice for investment outside of London. The construction industry has been a big part of the booming economy in Manchester in recent years, and this is expected to continue in the coming years.

The city’s ambition to grow its economy can be seen in the use of the local supply chain, especially in the construction sector. Using local resources and extracting value from the local communities further boosts the local economy. As locality and supporting locally continues to be important, this will continue to boost the city’s economy even more.

Property developer Salboy has brought forward high-quality homes across Manchester that residents can build their lives around. Salboy has helped deliver over 2,400 homes and created more than 3,500 jobs locally.

Liveability is at the forefront of Salboy’s property developments. Many of its apartment buildings are bringing forward top-notch amenities, such as gyms, pools, spas, cafes, gardens, cinemas, and sports pitches, in attractive locations.

These Salboy developments show what modern city living should be and help bring forward additional housing on disused brownfield sites in important parts of Manchester.

Local Blackfriars is considered the next level in luxe city living with a bistro/coffee shop, courtyard gardens, cinema, gym and yoga studio. 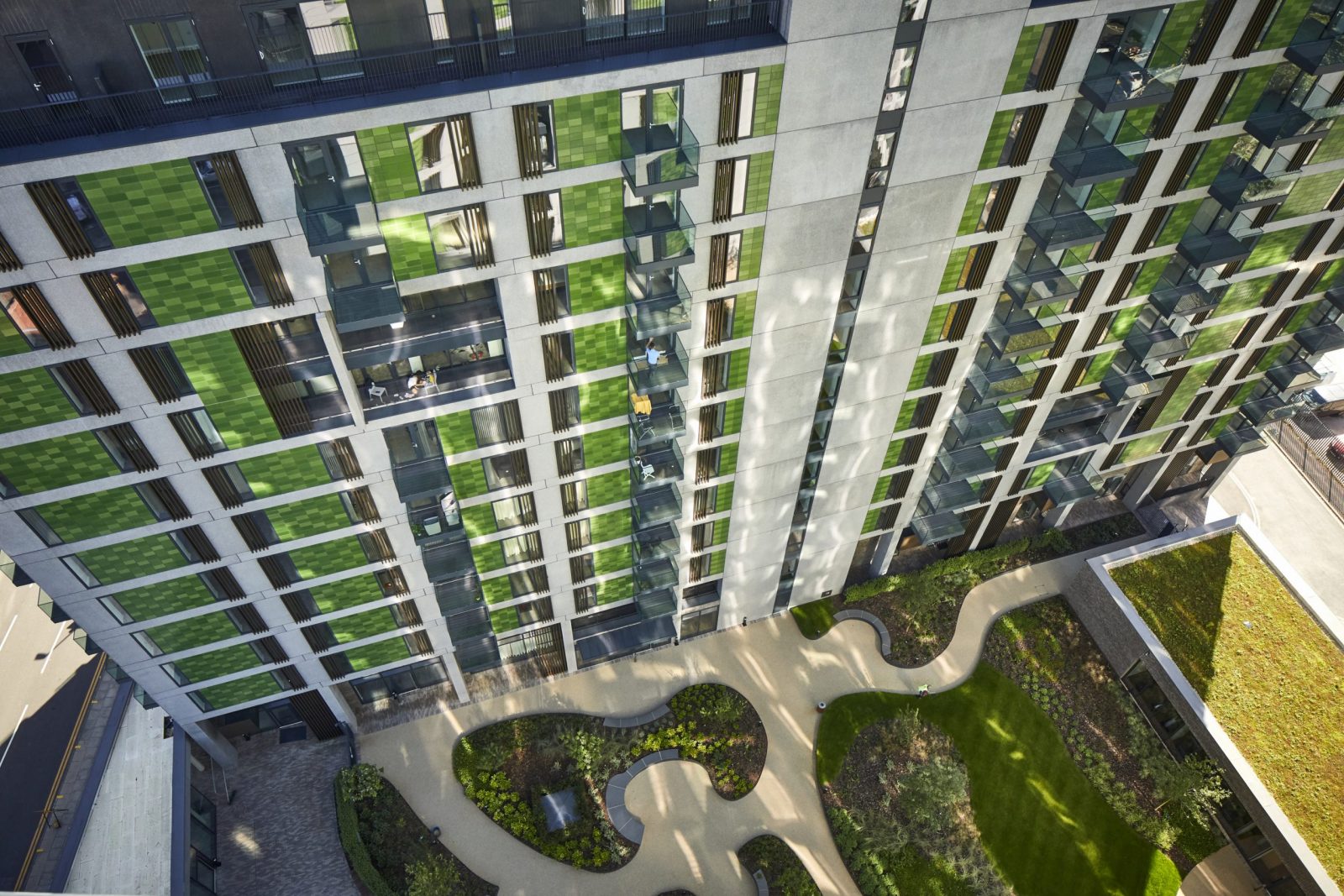 Located in NOMA, The Press is a modern conversion of a red brick building, which was originally built for the Co-operative Printing Society and is part of Manchester’s rich heritage. 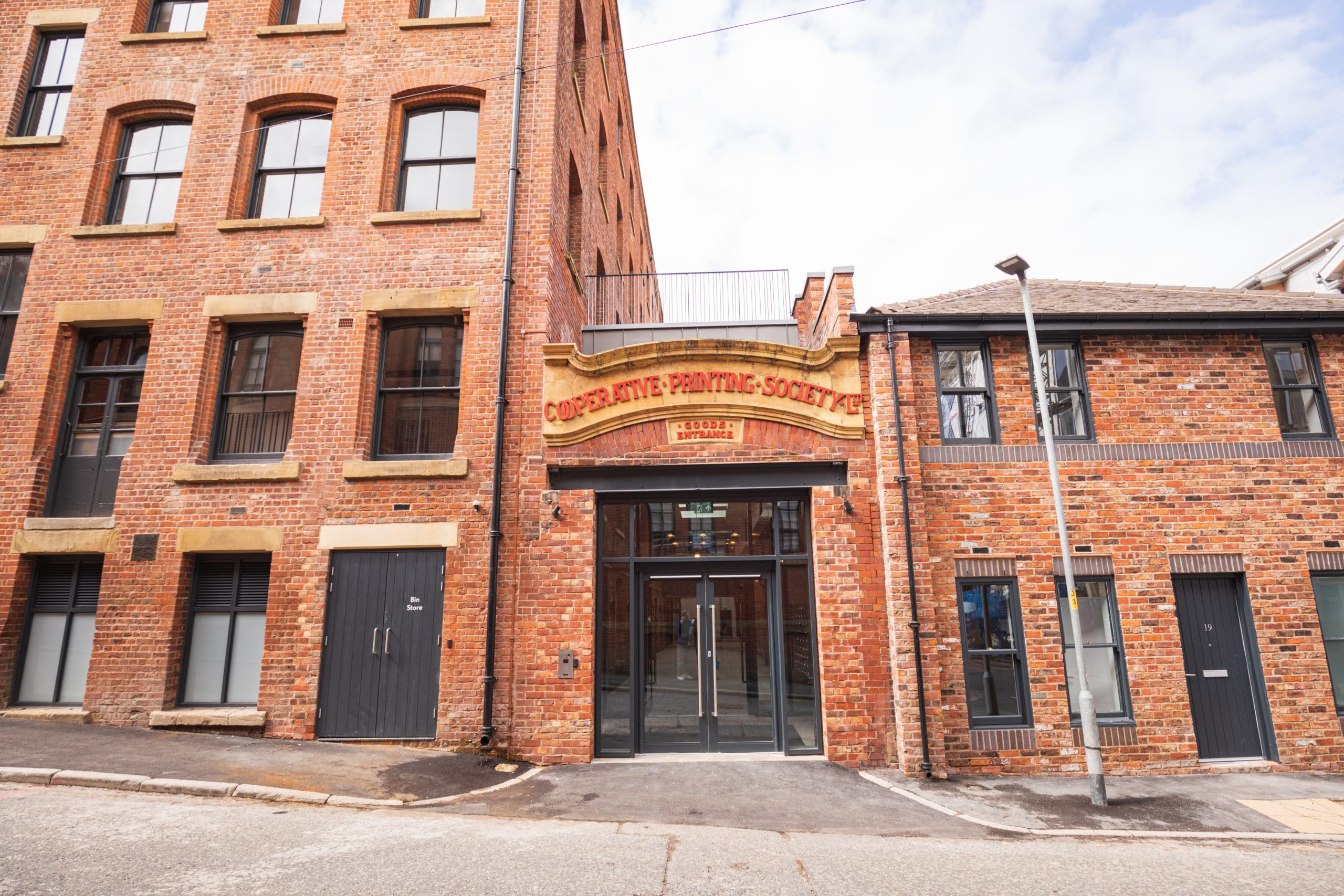 Burlington Square is located in the heart of ‘Corridor Manchester’, an innovation district south of the city centre. 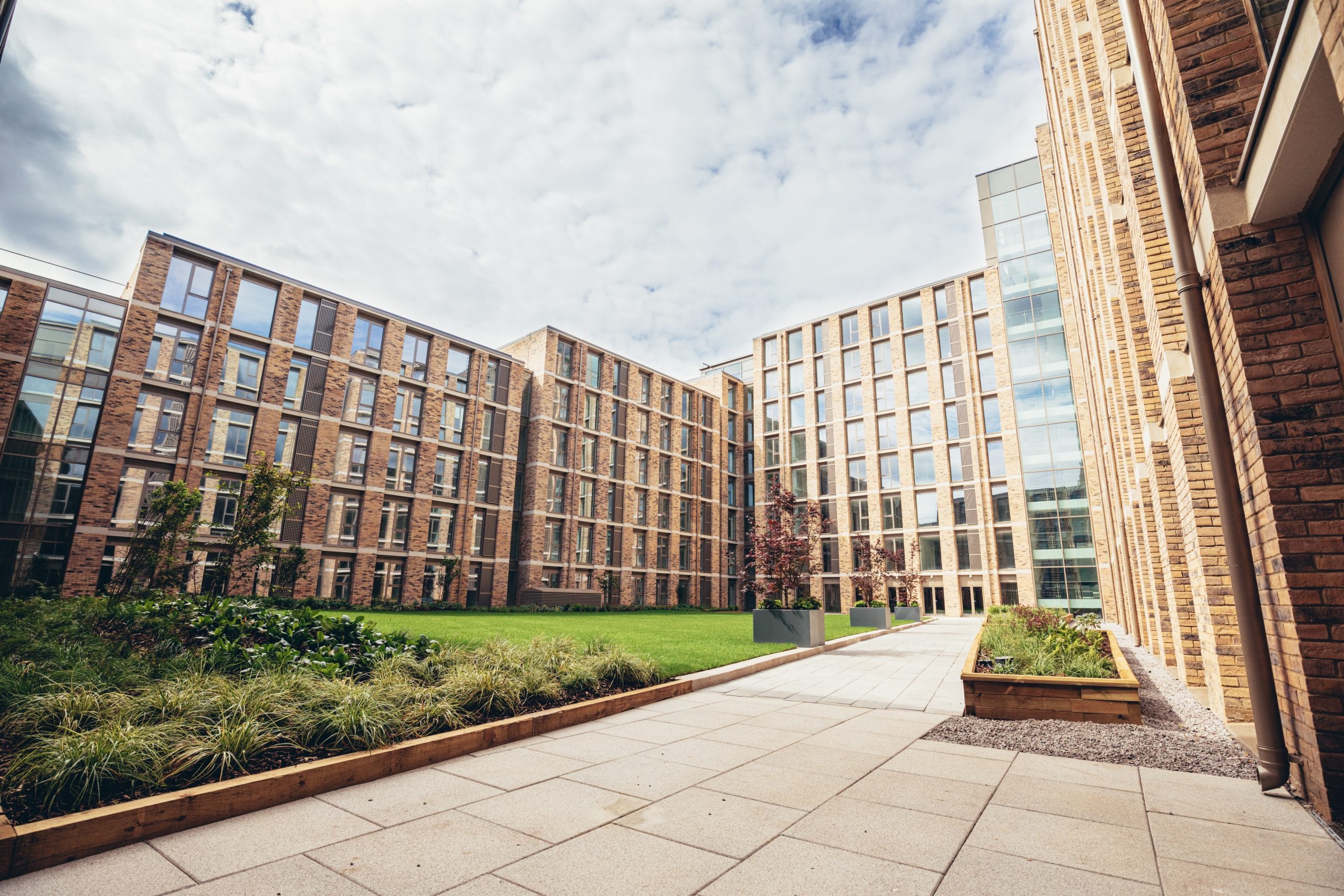 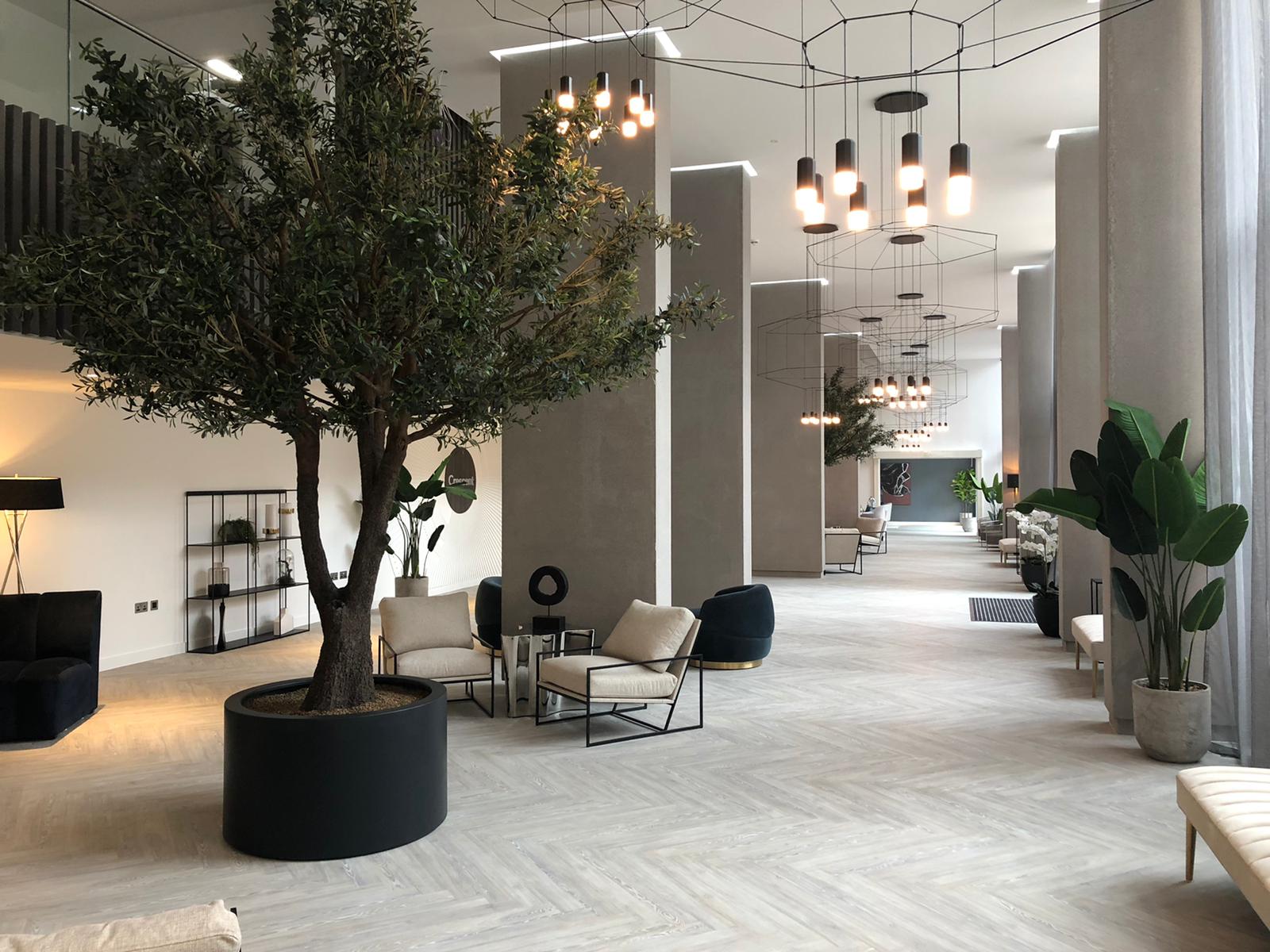 Viadux will be an elegant 40-storey tower in Deansgate combining Manchester’s industrious past with decadent, modern city living. 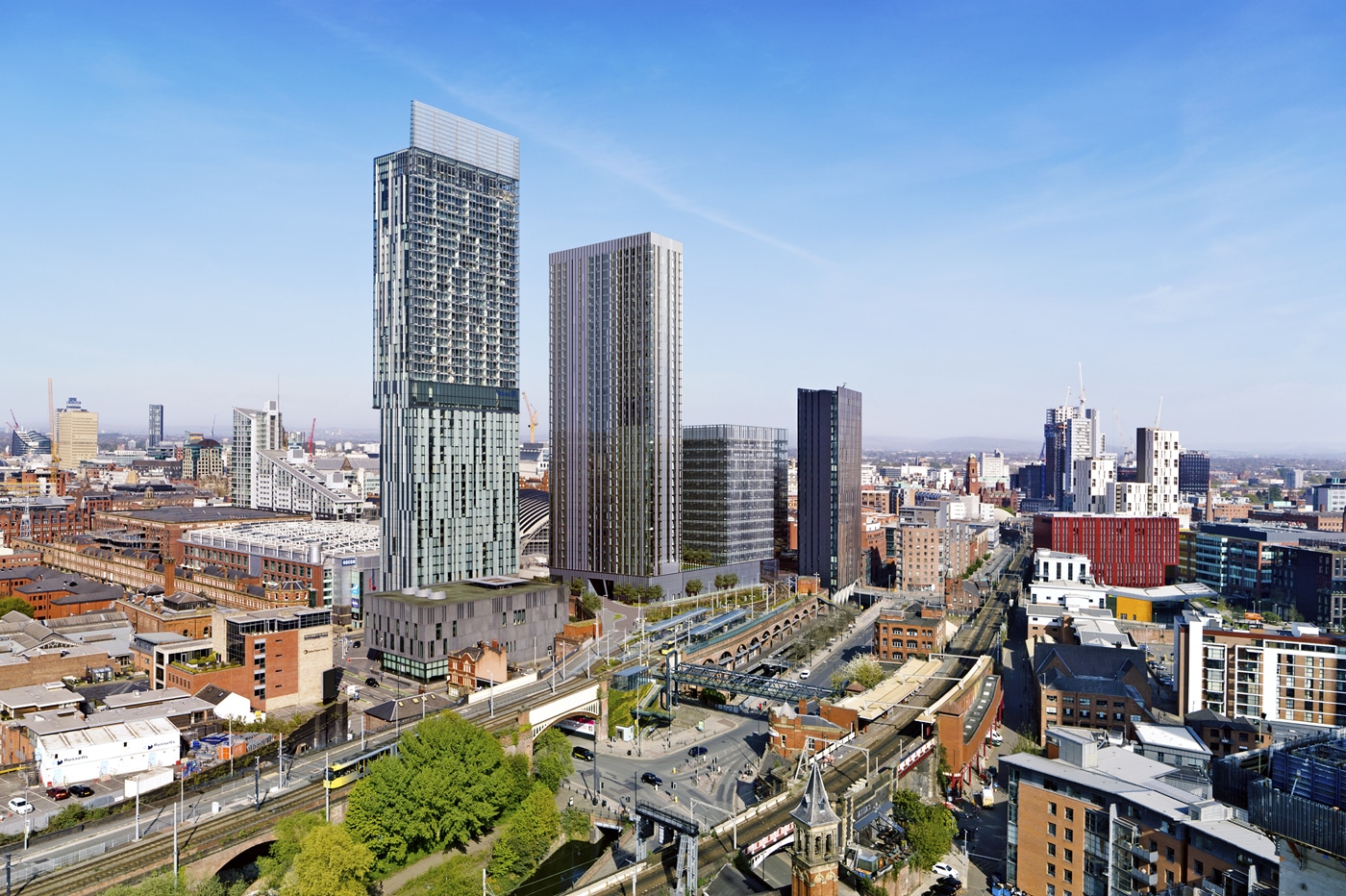