The vast Victorian arches under Manchester Central are being converted into luxurious facilities to serve Viadux, Manchester’s newest residential tower under construction

New images have just been released by developer Salboy showing how the arches will be used to create state of the art amenities including a swimming pool and spa, atmospheric bar lounge and a residents’ entrance lobby complete with a giant aquarium. 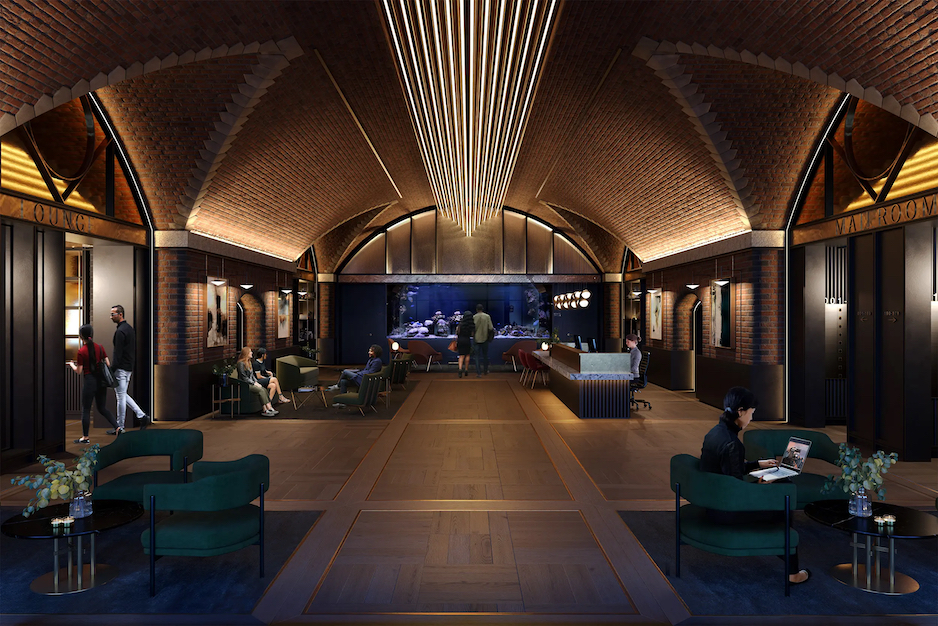 Salboy co-founder Simon Ismail said: “The vaulted spaces are on a huge scale and are absolutely majestic. We wanted to incorporate this historical element into the project and use them to create the most luxurious and unique facilities in the city.

“We have all this architectural history underground while rising above will be spacious modern apartments, fitted to the latest and highest specification right in the heart of the centre of the city.”

A massive engineering project is currently going on underground in preparation for the construction of the residential tower that will rise up 40 storeys and the nine-storey office tower.

A critical point in the £300m scheme has just been reached with the team preparing to punch through from the arches to the service yard above. 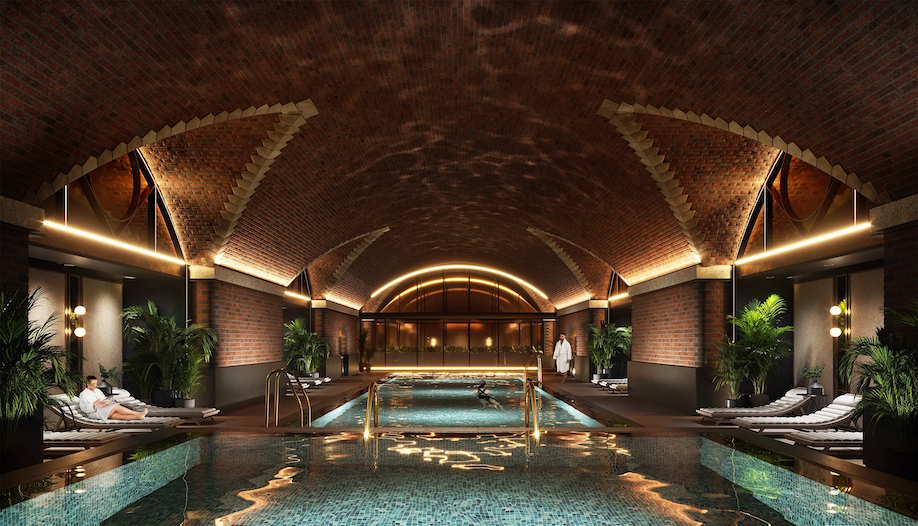 The work is being carried out by Salboy’s construction partner Domis Construction and senior project manager Rob McLoughlin describes it as one of the most technically and logistically challenging construction projects in the country.

He said: “The preparations to reach this point have been both engineeringly and logistically challenging and we will be happy when we have successfully opened up the arches to progress to the next stage.”

Before work could start last year to prepare the foundations a dedicated team from Salford University Archaeology team carried out a 12 week dig of the site which is thought to edge the city’s original Roman settlement.

Because of the restricted working height smaller specialist rigs had to be used to dig the 273 separate foundation piles which range in depth from 12 metres to 15 metres and despite the challenges the work completed ahead of time just before Christmas 2020. 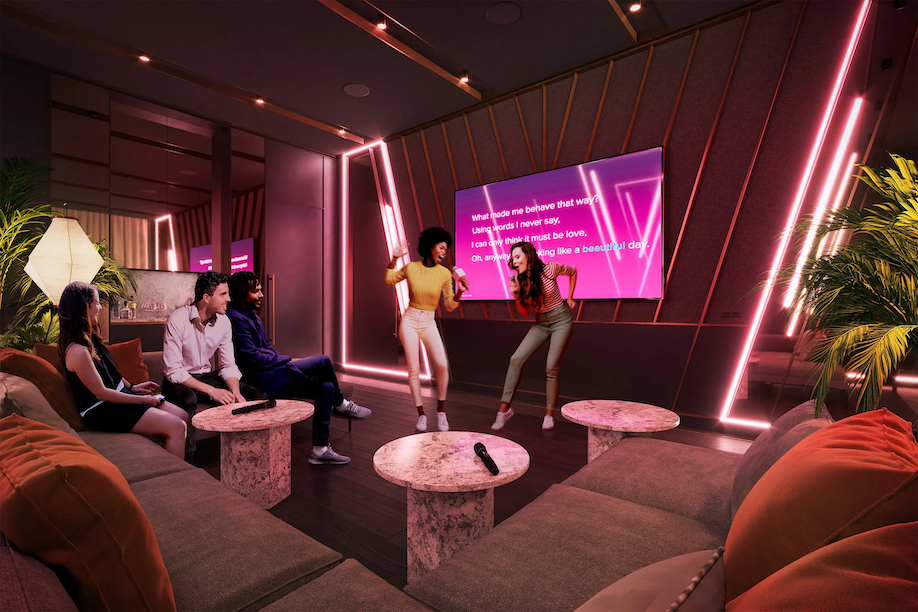 Twelve mega columns have now been created using 1,000 tonnes of reinforced steel bars – some up to 50mm in diameter –  which will support the towers above.

Work to create a temporary support for the arches has just been completed using 100 tonnes of structural steel that will allow penetration through to Manchester Central service yard above.

One huge opening will be for the tower core while the second will allow the installation of a tower crane which is due to be put in place in early August and will stand 145 metres high when fully constructed.

Rob added: “The scale of work going on underground is breath-taking and while it involves intervention to create the foundation platform for the towers it is also preserving and opening up the arches which will be an integral feature of the development.”

Two sections of the bridge across Great Bridgewater Street are also being removed, transforming the street below which will then become the entrance to the residential building.

Viadux will provide 399 luxury apartments, with either one or two bedrooms, and residents will be able to enjoy a private gym and treatment rooms, private dining and a karaoke bar as well as the spa, pool and bar.

Off-plan reservations are being taken from July 1st with prices starting at £265,000 and an initial deposit of 15%

The office tower will provide 240,000sq ft of space with a separate entrance from Albion Street. 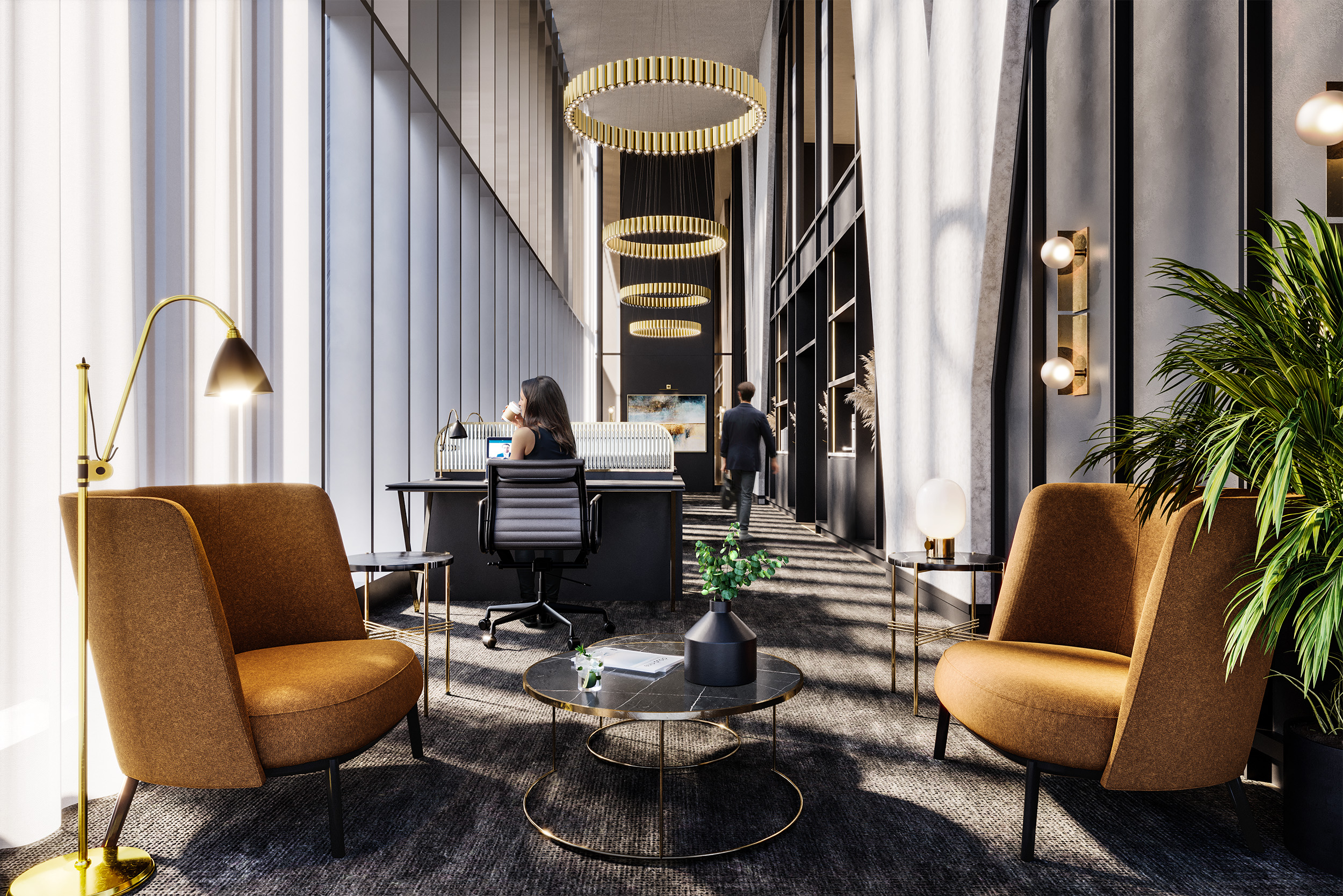 The two towers will be linked by landscaped gardens and a new staircase and lift access from Great Bridgewater Street to the Deansgate / Castlefield Metrolink stop is also already under construction.

Viadux has been designed by SimpsonHaugh Architects with Renaissance employed as engineers. The development is on schedule to complete in summer 2024 and around 350 operatives and management are expected to be employed on the project by early 2022. 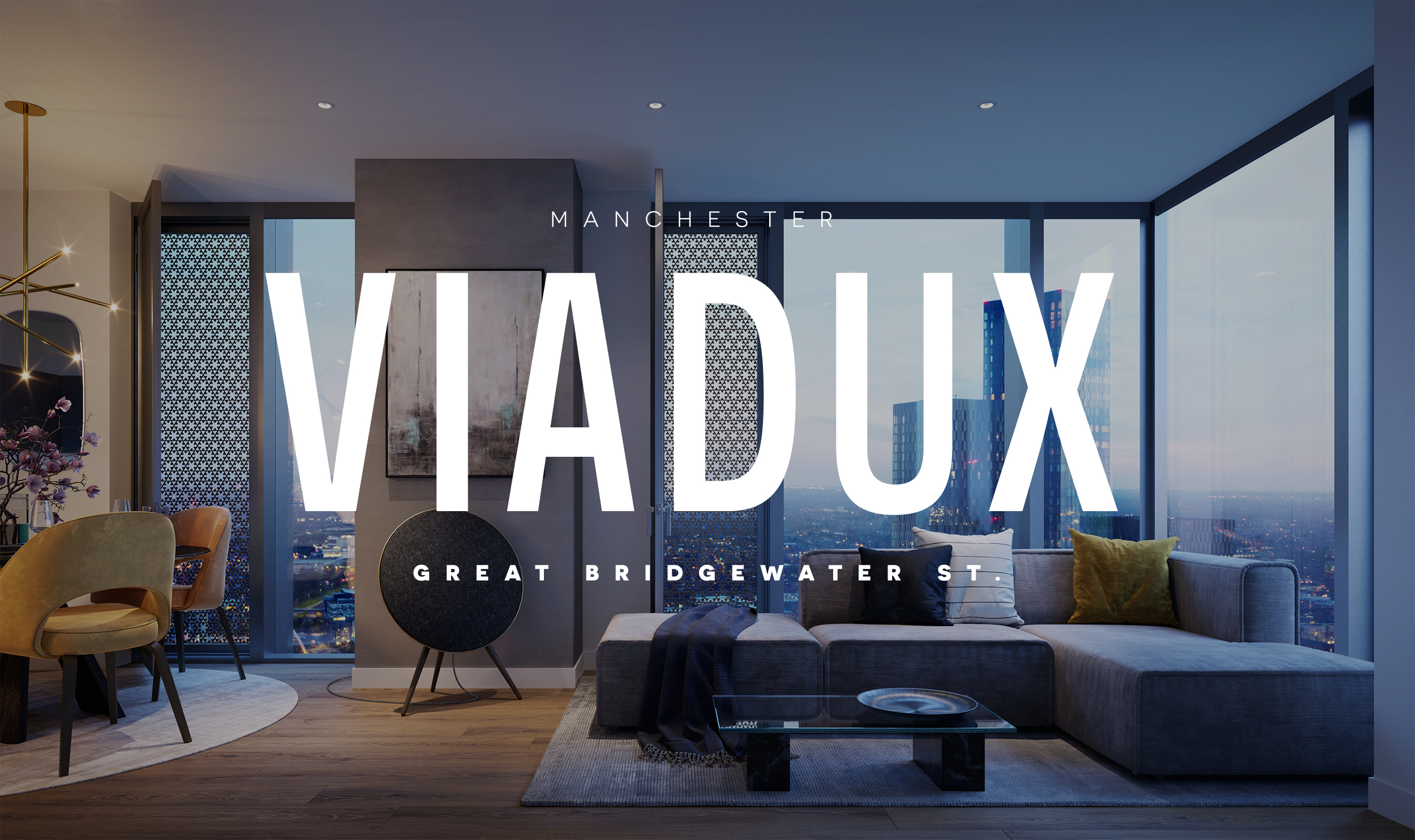 Register here for details on the Viadux Property Development